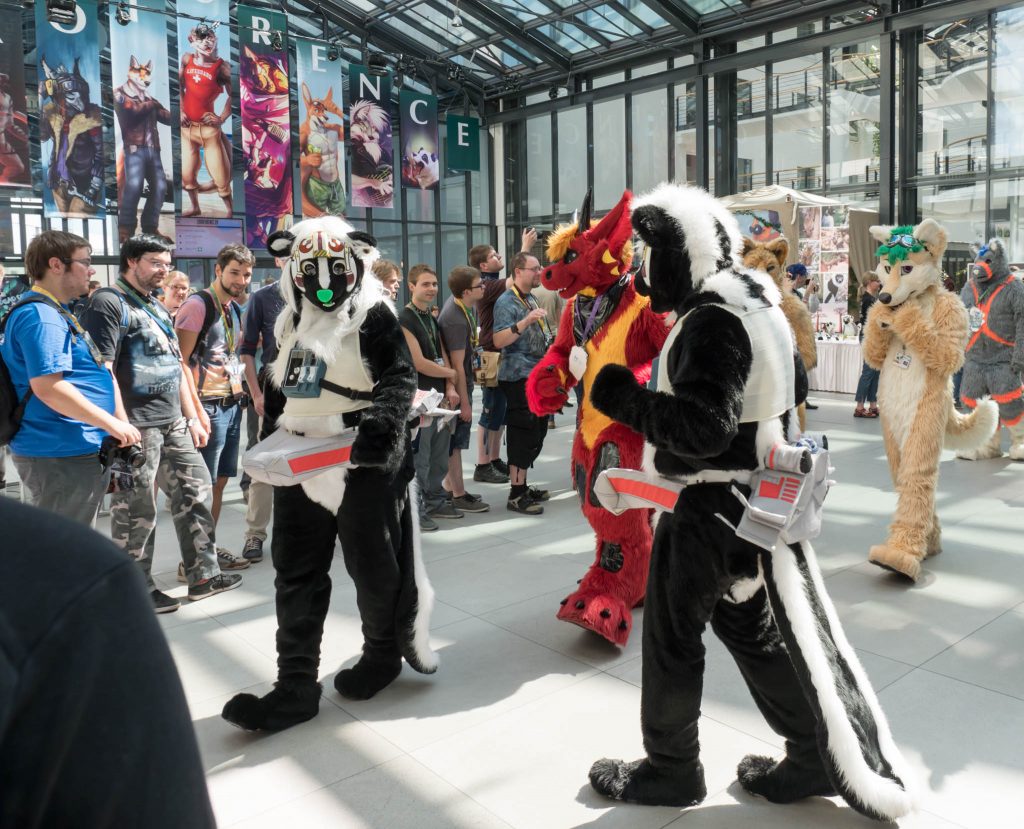 As always this time of the year…. Eurofurence.
Not much to see for me as it was mostly work both as staff and dealer.

I made some 2D photos on Picasa/Google+

it is finally done!

Thanks a lot to my helpers:
Arctic Steve
Digitalc
Draconius
Ragear!
Also thanks to Cheetah for the intermissions ans BBF for the opening sequence!

Our unofficial PawPetShow video for 2013. This is the first time I worked in a team like this and of cause we did have miscommunication about framing, misunderstandings leading to a missing backup camera, technical difficulties due to simple inexperience with borrowed equipment in addition to the usual issues.

But all of us learned a lot and we’ll be better next year! (I for once learned how much work rotoscoping is. I still have nightmares about frame by frame editing.)

See here for the thread in Eurofurence Forum!

I already posted a preview , done right in the EF hotel lobby.
After that it took much longer then I planned for to finalise this recording.
Nearly done my editor crashed on me and scrambled all the carefully arranged and tweaked timeline, ruining many month of work.
Running my business left less time then I thought it would.
…
But now it is done!
My unofficial Paw Pet Show recording of 2012.

A little background on what has changed since the preview:
Due to the fact that I had do handle 2 cameras from within the audience myself and one was è seats away from me, it’s focus was slight off.
Not as much as with the lens mount issue in 2011 but still noticeable next to the super sharp closeups.
Luckily Paw TV was also recording and let me use some of their footage to cover this up. Their cameras also had less problems recording the DLP projector with its spinning colour wheel.
It still led to some of the cuts being in places where I would have liked not to change the camera at all.
Also our primary audio simply didn’t work (checked batteries, cables, usage instructions with the helper operating it,… before the show). So the sound comes from the first fallback microphone on camera 2. It does have more echo from the room then I would like it to have. In 2 placed I had to use audio from camera 3 as number 2 had people from the audience talking.
Since the closeups where done with me holding a monopod, it was very slowly swinging back and forth. So I used extensive motion tracking to counter that as much as possible.
With the 2 additional camera angles we got 2 the cameras that didn’t match the colors and exposure of the other 3,so a lot of color correction was done on all the shots. (A first time for me.)
For the short reference to the EF pool area, I found footage I was allowed to use. However that required features tracking during a zoom to hide the faces in a separate compositing program. Something else I haven’t done before.
… learned a lot doing this show. 🙂

Next year I hope for 1 or 2 additional volunteers, so someone else can have an eye on the camera doing the wide shot and intervene if it’s slightly out of focus (I can only focus on the closed curtains before the show and guess about the distance to the stage) or too bright /dark during a very dark or very bright scene.
I’m also hoping to replace one of my cheap cameras with one that has more dynamic range =can render bright patches in a dark scene like the cave better.

An official highlights video of the Eurofurence 15 (2009, last Eurofurence in the Ringberg hotel) has just been released.
Looks like the official video team is getting it’s act together and I may get to reduce my efforts for a Paw Pet Show video soon.
Announcement in the EF forum
Video itself in BBFs archive
(login is “bbfvideo”, password “nomnom”)

Last year’s Pawpet Show “Year of the Rat”: is here

Discussion in the EF Forum.
The scrips hosted by Eisfuchs: here.
Due to the lack of an official DVD I made the effort of doing a fan recording of the Paw Pet Show again.
If there ever is such a DVD, I’ll be the first to buy it and so should you!
Think backstage cam, at least one pawperteer seen wearing a GoPro, audio commentary, original video clips and leave out all the mistakes and limitations of this one… should be awesome.

Technical background:
What you see above is recorded from within the audience with reprogrammed photo cameras and no prior knowledge about the show. Some wide shots are out of focus and/or overexposed because I could neither notice nor change this as that camera was 2 seats away from where I was sitting. I’ll try to get a wide shot from other people who recorded the same show to replace the worst parts.
I was handing the camera for the closeups and had a hard time manually adjusting exposure as it constantly tried to overexpose white fur against a dark background and adjusting focus as the lens would not keep the focus point while zooming. Also due do being in the audience I was limited to a monopod with a cheap video head instead of a heavy and steady tripod. Thus a lot of tracking in post-production is needed to reduce the effect of the monopod swinging back and forth whenever I needed to touch the camera.
The layout and distances of the stage and chair-layout where scouted out during the opening ceremony. With a 1.86x crop factor 25mm was slightly too wide for a wide shot of the stage, 40mm was okay for the projectors and 100-175mm worked very well for closeups. Like in previous years many scenes where very dark. f1.4 worked well but the closeups where limited to f4.5, so I had to push ISO above 1600 introducing clearly visible noise.
Ragear volunteered to take one of my cameras and record the projection screens. At 1/25s of a second I had the least flickering but there was no setting that completely eleminated the flicker.
Dragon Emotion volunteered to take my audio recorder with 2 shotgun microphones to record an very dry sound track but the power supply failed despite fresh batteries and an external secondary power source.
So the sound was recorded by the wide-shot camera using an omnidirectional microphone.

Basically recorded as a first and final “dress rehersal” for the equipment and to determine what sound, settings and focal lengthes would be used during the Paw Pet Show.

Photos
I made some

All my Eurofurence 17 videos with an interactive video menu. 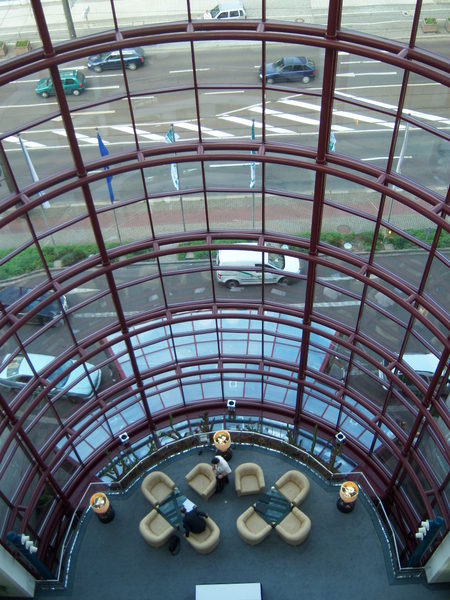